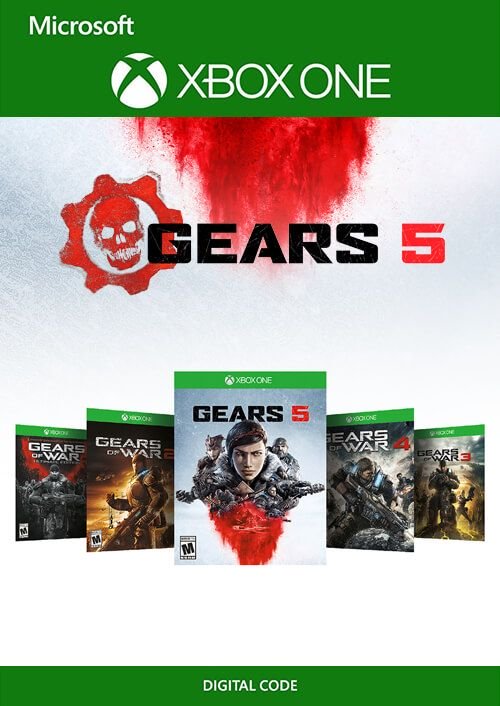 drug2k5 information about the seller and his items
offlineAsk a question

About the Gears 5: Bundle Pack

In addition to Gears 5, get full-game downloads of Gears of War Ultimate Edition and Gears 2, 3, and 4.
Gears of War Ultimate - The landmark original Gears of War returns, stunningly remastered and modernised for Xbox One.
Gears of War 2 - Winter approaches. War rages on. Entire cities are sinking, swallowed by a new threat from below. Soon humanity will have nothing left to defend. Only one option remains: an all-out attack on the Locust Horde.
Gears of War 3 - With survivors scattered and civilization in ruins, time is running out for Marcus and his comrades as they fight to save the human race.
Gears of War 4 - After narrowly escaping an attack on their village, JD Fenix and his friends, Kait and Del, must rescue the ones they love and discover the source of a monstrous new enemy.
Gears 5 - From one of gaming’s most acclaimed sagas, Gears is bigger than ever, with five thrilling modes and the deepest campaign yet. With all-out war descending, Kait Diaz breaks away to uncover her connection to the enemy and discovers the true danger to Sera – herself.